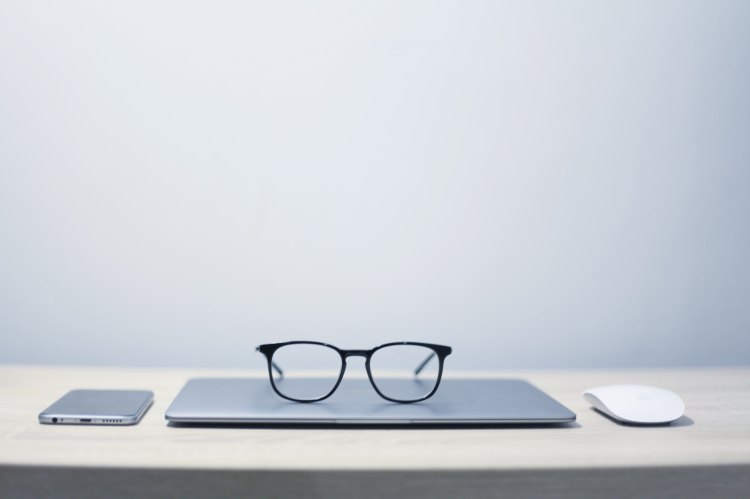 This must be a joke.

Confusion, shock, and other unpleasant emotions smoldered under my skin when I first read a recent viral post featuring a graphic and title that you’d expect to see on the Christian parody site The Babylon Bee.

“Men Prefer Debt-Free Virgins Without Tattoos” blew up on social media last week, generating a flood of commentary that you’d expect to result from a post headlined that provocatively.

As soon as I heard about it, I began gratuitously liking the many social media posts denouncing the piece and its author. I joined the ranks of those who publicly criticized her for espousing legalistic ideas that could lead her followers astray and heap shame upon those believers whose pasts included impure choices – none of which are beyond redemption – and lifestyle choices irrelevant to a life of faith. (Condemning tattoos? Really?!?)

After further reflection on the original post and ensuing backlash, I developed a few more thoughts that went beyond pure gut reaction. Rather than dismantle the flawed theological suppositions point by point as others already have done, I wanted to zoom out from the specific arguments and expand to a broader discussion about discernment.

This situation illustrates how easy it is for anyone of us to mislead and malign on social media. Though it’s inevitable that we’ll make mistakes, we can still make an effort to walk out our faith in a manner worthy of Christ by activating our minds and filtering our words. With love and humility, we can exercise good judgment with how engage with others online, according to the grace he gives to all his undeserving children.

Baiting clicks by provoking reaction
As connected technologies have shaped our culture and changed the ways we communicate, we tend to value emotional stimulation more so than mental exertion. We’re drawn to whatever makes us feel happy, sad, or mad and react accordingly with little to no deeper thought. Bloggers and other media producers capitalize on this impulse and churn out content they expect to gain visits to their sites, hence the term clickbait.

Whether the author intended it or not, the title “Men Prefer Debt-Free Virgins Without Tattoos” is a prime example of this. It bears little relevance to the post’s content, which presents the author’s argument that Christian women should focus on homemaking instead of pursuing an expensive college education, which she loosely ties to the passage in 1 Peter 3:4 calling for women to have meek and quiet spirits.

[For a thorough analysis of these theological claims weighed against Scripture, I recommend reading Phylicia Masonheimer’s recent post.]

Besides misapplying biblical concepts, the post fails to substantiate its claim with data or sound logical reasoning. The author offers no statistics, no interviews, no references to credible outside sources, only conjecture and opinion. It reads like an uninformed dating advice column billed as biblical wisdom – a dangerous type of post to go viral. Yet it makes sense why it would.

In a reactive culture, we rely on our feelings to guide the information we seek and engage with. So a post written by someone who isn’t a verified authority on the subject matter can gain widespread attention by publishing material that elicits extreme emotional responses – positive or negative.

People not only share what they love, but also what they hate in order to shore up support within their comfortable echo chambers.

Understanding with discernment
While there’s nothing inherently wrong with posts that evoke feelings (at least I hope not, as I often write about emotional topics), it’s important to exercise discernment with content we read online, especially when biblical claims are made.

For Christians trying to determine what’s biblically accurate, we should approach online content with a filter. What someone states as “my truth” is likely his or her experience or opinion, and might not be rooted in Scripture or reality. As we consume media, we should question the veracity of messages touted as truth and process them according to the litmus test of Phil 4:8: think on what is true, good, just, pure, lovely, and worthy of praise.

In an age of fake news and blatant political affiliations, this is becoming harder to accomplish. How do we know what’s really going when we hear conflicting reports with differing statistics presented through biased viewpoints?

However difficult it might be to distinguish between fact and fiction, we can still use our God-given brains to think critically about the information presented to us online. Whether the messages are coming from a famous author with a huge platform or a hobbyist blogger with a small audience, we have a responsibility to go to the Word and check for accuracy and merit. We’re called to take every thought captive in obedience (2 Cor 10:5) and to test the spirits to determine sound doctrine (1 Jo 4:1).

As we consider how to digest media, we can ask the Lord for discernment in testing the ideas laid before us. Using our minds renewed by the Spirit, we can conduct research, apply logic, and discuss ideas with trusted peers and mentors so that we don’t merely feel and react, but pause to think and assess.

These same principles that guide how we read and process online media should also govern how we respond to others in an online forum – even or especially if we disagree with them.

Communicating with humility
In the uproar over this controversial blog post, certain Christian bloggers and writers blasted it all over social media, some in ways that came across as harsh and disparaging toward the author, who professes to be a believer. As the post made the rounds across different platforms, commenters swamped her Facebook page with vicious insults and hateful messages.

Amidst my own righteous indignation over this post, God reminded me through conversations with my wise and discerning husband to consider this blogger’s worth and dignity as a person, and possibly, a fellow sister in Christ.

She demonstrated flawed thinking – but so have I at various times. She communicated a message that hurt others – as I have done and likely will do so again, much as I hope won’t happen.

None of us is above reproach with what we’ve posted online. We’ve all made poor decisions, had to remove or delete a post, and if and when necessary, apologized for it.

As important as it is to reject false teaching, God’s Word calls for us to correct others in a gracious manner using words that build up, rather than tear down. Scripture prescribes a process for handling these types of disputes in 2 Timothy 2:23-25:

Have nothing to do with foolish, ignorant controversies; you know that they breed quarrels. And the Lord’s servant must not be quarrelsome but kind to everyone, able to teach, patiently enduring evil, correcting his opponents with gentleness. God may perhaps grant them repentance leading to a knowledge of the truth,

Whether online or face-to-face, Christians are to clothe ourselves in humility, speak the truth in love, and correct others with gentleness, striving to maintain unity with our brothers and sisters in the Lord.

Yes, we should address wrong teaching and shine the light of the gospel to portray a clearer picture of who Jesus is and how we can reflect him. The burden on his followers is to do so in a way that imitates his character – his patience, his long-suffering, his self-sacrificing humility.

This might not be possible to accomplish in the context of a tweet. It might require reaching out personally, going beyond the highly visible realm of social media where we can form a bandwagon or jump on someone else’s, to invest the time and effort in developing a relationship and engaging in deeper conversations for the betterment of the whole body.

Engaging with grace
We can’t believe everything we read on the Internet, nor should we act like we’re better than everyone else using it. For it’s by grace we are saved, and by grace we are called to live in harmony with one another.

God has given us minds to discern what’s good and true, both in what we perceive and how we communicate. Recognizing that every good thing we have is an undeserved gift given freely in and through Jesus, we can engage graciously with others online, thinking critically and speaking kindly to glorify him and edify others.

Let no corrupting talk come out of your mouths, but only such as is good for building up, as fits the occasion, that it may give grace to those who hear (Eph 2:29).

Resources for further study:
God’s Not Looking for Debt-Free Virgins by Phylicia Masonheimer
The Five Tests of False Doctrine by Tim Challies
9 Ways to Make Social Media More Christian by Karen Swallow Prior
My Wife Has Tattoos: Marriage and New Birth by Spencer Harmon